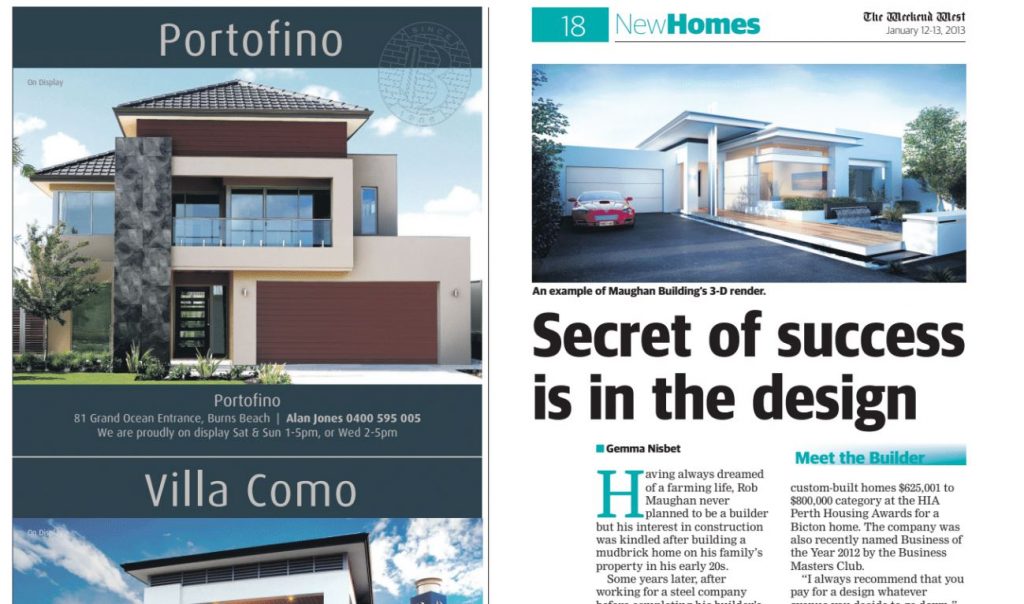 Secret of success is in the design

Having always dreamed of a farming life, Rob Maughan never planned to be a builder but his interest in construction was kindled after building a mudbrick home on his family’s property in his early 20s. Some years later, after working for a steel company before completing his builder’s registration and taking on various roles within the construction industry, he now runs a boutique residential building business, Maughan Building Company.

Having worked for a number of builders both large and small before striking out on his own in 2008, Mr Maughan said his focus was on building quality, custom-designed homes, mostly in a modern style. “I try and guide the owners as much as I can — I look at their budget, get their wish list and discuss with the designer how we can get the best out of the block,” he said. “The houses are always oriented to the north to try to get that aspect. I think that’s imperative because there’s nothing worse than when you come home in the winter on a sunny day and the house is cold.”

His approach was born of his passion for design and firm belief in getting the design fundamentals right from the outset, and was validated last year with a win in the custom-built homes $625,001 to $800,000 category at the HIA Perth Housing Awards for a Bicton home.

The company was also recently named Business of the Year 2012 by the Business Masters Club. “I always recommend that you pay for a design whatever avenue you decide to go down,” he said. “The analogy I always use is if I was given the option of stone tops in the kitchen or clever design, I would take the clever design every time. “In 20 years you will probably replace the kitchen, whereas you would still be living in a poorly designed house — to change a design (after the house is built) becomes very costly.”

Working with trusted designers, Mr Maughan produces three-dimensional renders as part of the design project. “The quality of the 3-D images is becoming more lifelike and our clients love them,” he said. “We do floor plans, elevations, then the 3-D and we put suggested colours in there too.” Mr Maughan said his clients tended to be secondhomebuyers, typically in their 40s, working with budgets of about $600,000 to $2 million in the western suburbs through to the likes of Bicton, Attadale and South Perth — all easily accessible from his North Fremantle base.

He chose to build a small number of homes each year to ensure he could be hands-on with all aspects of the design and build process, ensuring personalised service and high quality.