Who is the Best Luxury Home Builder in Perth?

Perth compared to the world and other cities like Paris, Rome, New York or Tokyo we appear to be quite insignificant, even compared to Sydney or Melbourne we are almost referred to the country town in the west. I’m not sure title is quite justified; in fact we have more self-made millionaires per capitor than any other city in the world, not a bad title to have. And with that good fortune we have created some amazing luxury home designs. That makes me smile when I think of that, there’s an old saying ‘having money doesn’t give you taste” so maybe a self-made person does have more taste?

I’ve been a judge for the HIA for many years, and Western Australia holds its own in the National awards. In fact we do very well. We have some amazing designers, architects and luxury home builders, I’m not sure whether we have more to prove or that our competitive spirit here in the west strives us to push our own parameter’s, whatever the recipe it sure does appear to work.

Is it Giorgi or Zorzi Homes

The two big heavy weights in the building and construction industry in Perth are Zorzi and Giorgi in my opinion, both good builders, both Design and Construct, and both come with a significant price tag. If you are engaging either of these companies, you are not the average punter. Zorzi homes back in the 90’s and still have really had the title of a luxury builder, their homes are on a grand size and mass, very distinguishable by their monolithic structure. In the last decade and most certainly the last 5 years, Zorzi have made a massive inroads to evolve with more contemporary designs in Western Australian market. And quite successfully in my opinion. Giorgi Homes, these guys have been on the forefront of contemporary luxury home design in Western Australia, even the apartment designs they have done on the foreshore of South Perth stands yards ahead of their competitors. Both of these builders have been known to be in a fierce battle to secure Perth’s best designers. 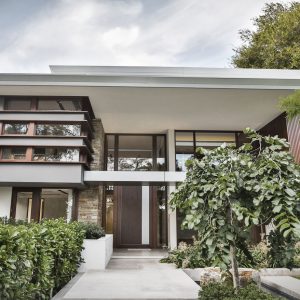 Giorgi homes or Buildwise, as they were previously known before they rebranded to the owners name Claude Giorgi, have done some outstanding designs over the years. Years ago I have been guilty myself of driving down the road and spotting one of their projects under construction quickly pulling over and standing in awe to admire the spectacular clean lines and form as the project started to take shape. Because this is how it was back then, they had the A Team of designers in WA, and I might add backed up with a builder willing to push the parameters of construction and detail to create such spectacular architecture. 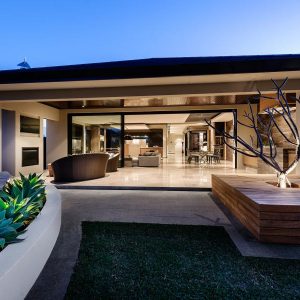 The design & construction have to go hand in hand. If the builder doesn’t understand the logic of the design, unfortunately you won’t get the success and formula these guys had. I can remember back in the early 2000’s and thinking Riverstone was where it was at, they were using a lot of rubble limestone and timber windows on their facades, it was in vogue at the time and it looked fantastic, I can remember thinking this is what my house will look like when I build one day. Its funny how things change, Giorgi came in and just iced the market. It took a while for them to gain some momentum but the accolades and attention they were receiving could not be ignored.

However, there was no way Zorzi was going down without a fight, so they secured one of Giorgi’s most  senior designers and with their decades of experience, I believe they deserve, well at least for now, the title of Perth’s best luxury home builder!